A few pearls from ancient Lutetia, going around the city


Paris, a never-ending discovery. Places not-to-be-missed for anything in the world, steeped in history and mystery. And then aim for numbers 1, 3, 7, 10, 11 and allow yourself to fall under its timeless spell. The allure of the French capital, like the Grande Dame

“Paris is like an ocean. Drop in a sounder and you never know how deep it will go”.
Honoré de Balzac 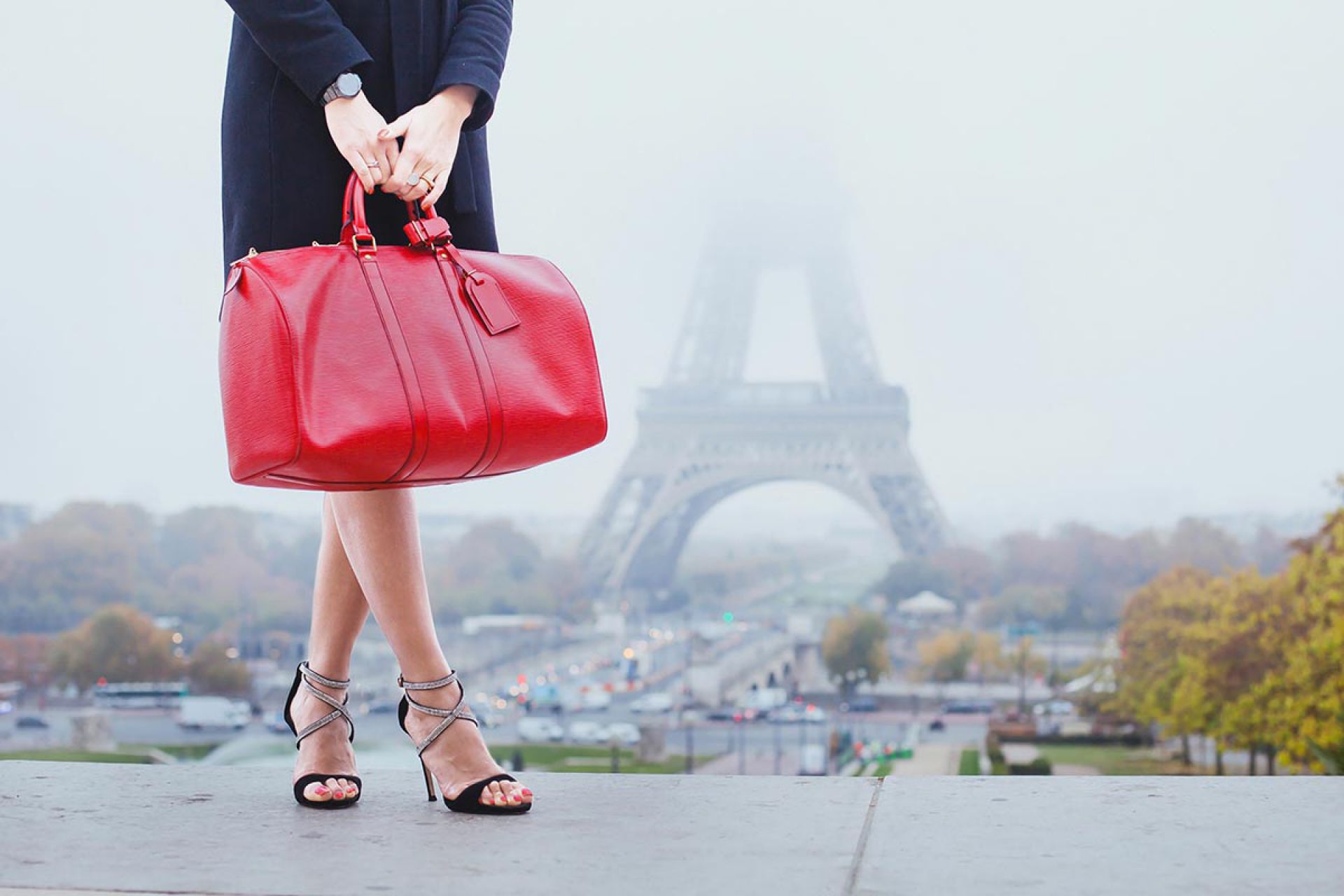 Paris, Paradis. The city where everything is possible. Mysterious Paris, with its timeless charm. Electrifying, hot, seductive. With an immense history, a Chinese box of eras, events, architecture, it goes on and on, it is endless. Life is good in Paris, I can say that through personal experience. Paris knows how to welcome and constantly amaze you. It is always abuzz, from one to a hundred thousand.

I couldn’t say if Paris is more beautiful at night or during the day…. It is always beautiful.
It constantly arouses curiosity, a desire to discover, it excites a traveller’s senses, capturing him in a multitude of ancestral details.
I remember throwing open the window of my small apartment to let la vie en rose in. It was like being in the fabulous world of Amélie.
Strolling (the French have the perfect word, flâner, translatable as roaming aimlessly, losing one’s sense of time) around Paris meant, and means, the freedom to take lessons in history, beauty and life.

Beauty saved from the horrors of war: Paris was practically unscathed during the Second World War, escaping from bombardments (apparently because there were no military railway junctions or factories), saved by the German governor himself who refused to obey Hitler’s orders to destroy the bridges over the Seine and the city’s monuments.
Paris is one of the cities that offers the largest variety of museums in the world. Painting, sculpture, photography, modern art, science and many other disciplines are the muse of hundreds of museums. It is hard to choose with such a vast cultural offer! 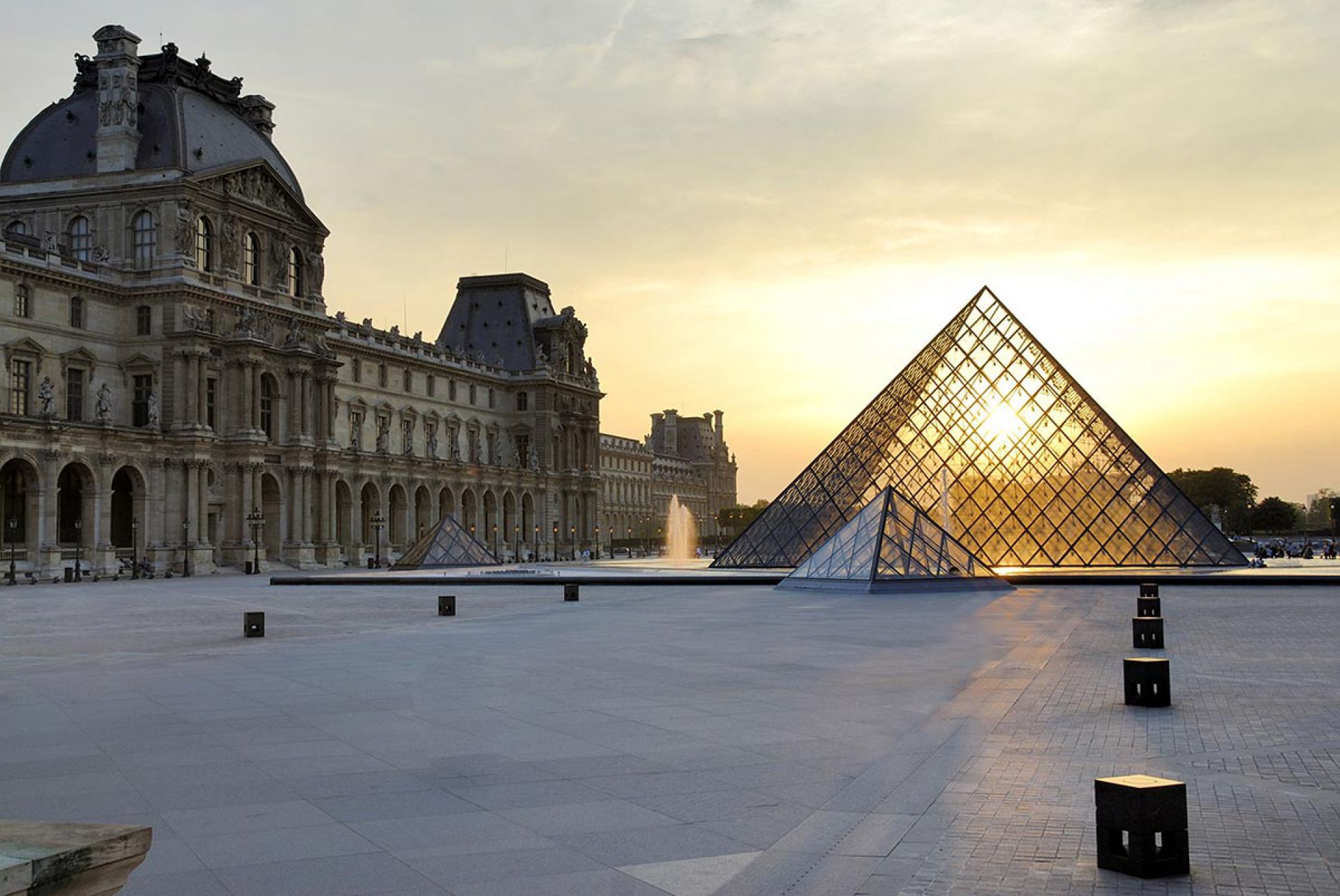 The first stop is the Louvre, spend days delighting your eyes (38,000 works, including absolute masterpieces): the exhibition itinerary of the world’s most visited museum begins with ancient civilizations and passes through the Middle Ages to gradually arrive at 1850.
The museum’s courtyard has hosted the Louvre Pyramid since 1989, filling the museum with natural light. It received fierce criticism at first but, just like the Eiffel tower and the Pompidou Centre, with the passing of time, it has become one of the symbols of Paris.
There are places that just have to be seen, like the Eiffel Tower, Montmartre and the Basilica of the Sacred Heart, the Grand Palais, the Latin quarter, the Tuileries Garden, Notre-Dame and the Île de la Cité, the Arc de Triomphe, the Place de la Concorde and the Champs-Élysées. What am I telling you for? They are so super-famous. 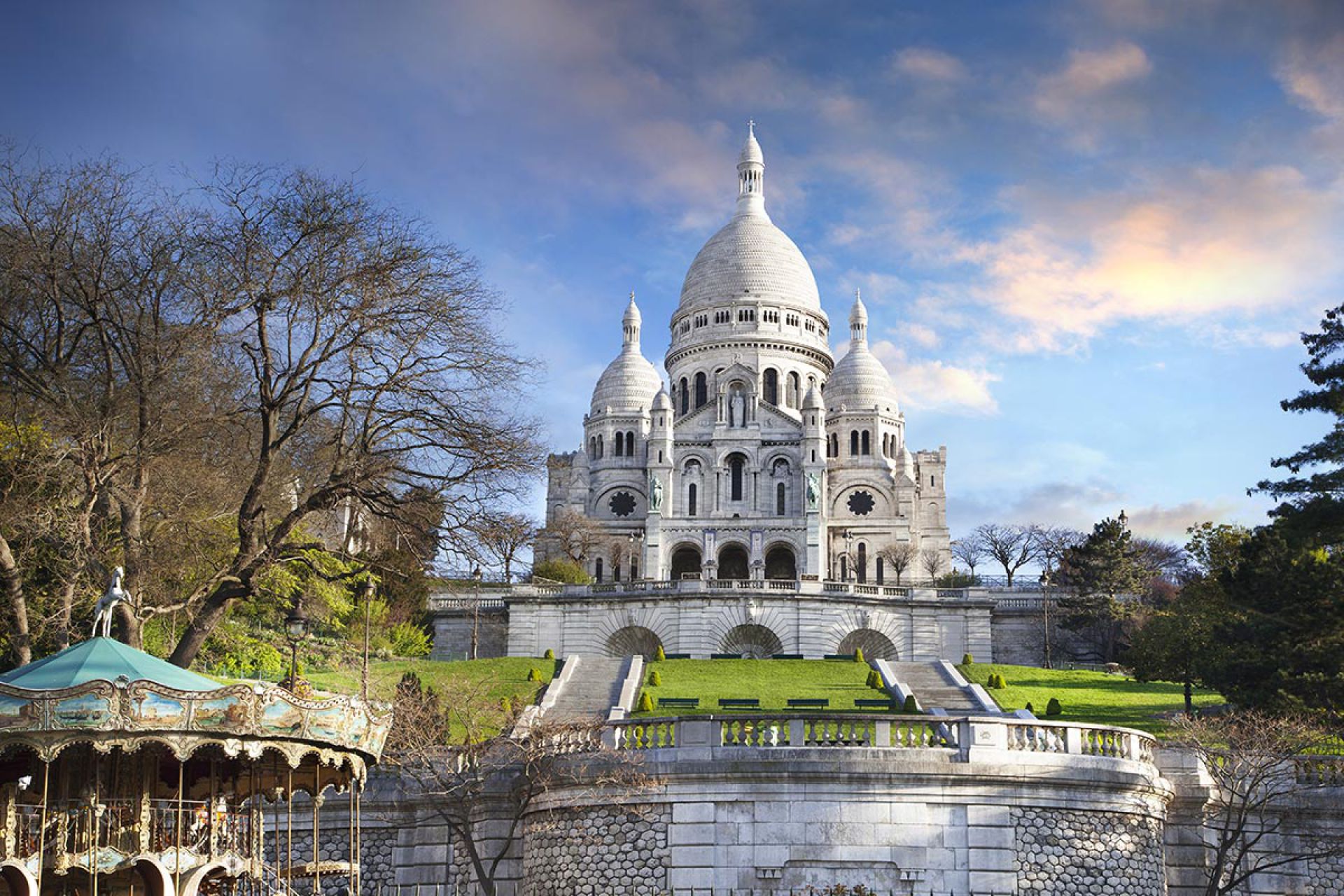 Ok then, let’s take the numbers: 1, 3, 7, 10, 11. Exactly, the arrondissements or administrative districts.
The first includes the Palais Royal, the Comedie Français, Rue de Rivoli, Place Vendôme with its Austerlitz column. A square that, could it speak, would have so much to tell… Coco Chanel lived at number 15 in the Ritz Hotel; Frédéric Chopin lived and died of tuberculosis at number 12; Virginia Oldoini, Countess of Castiglione and Cavour’s cousin, lived at no. 26. Cavour sent her to Napoleon III’s French court on a mission to try to seduce him and uphold the Franco-Piedmont alliance, which she did, and he was her lover for more than a year. Lady Diana and her companion, Dodi al-Fayed, spent their last few hours there before entering the Alma Tunnel. 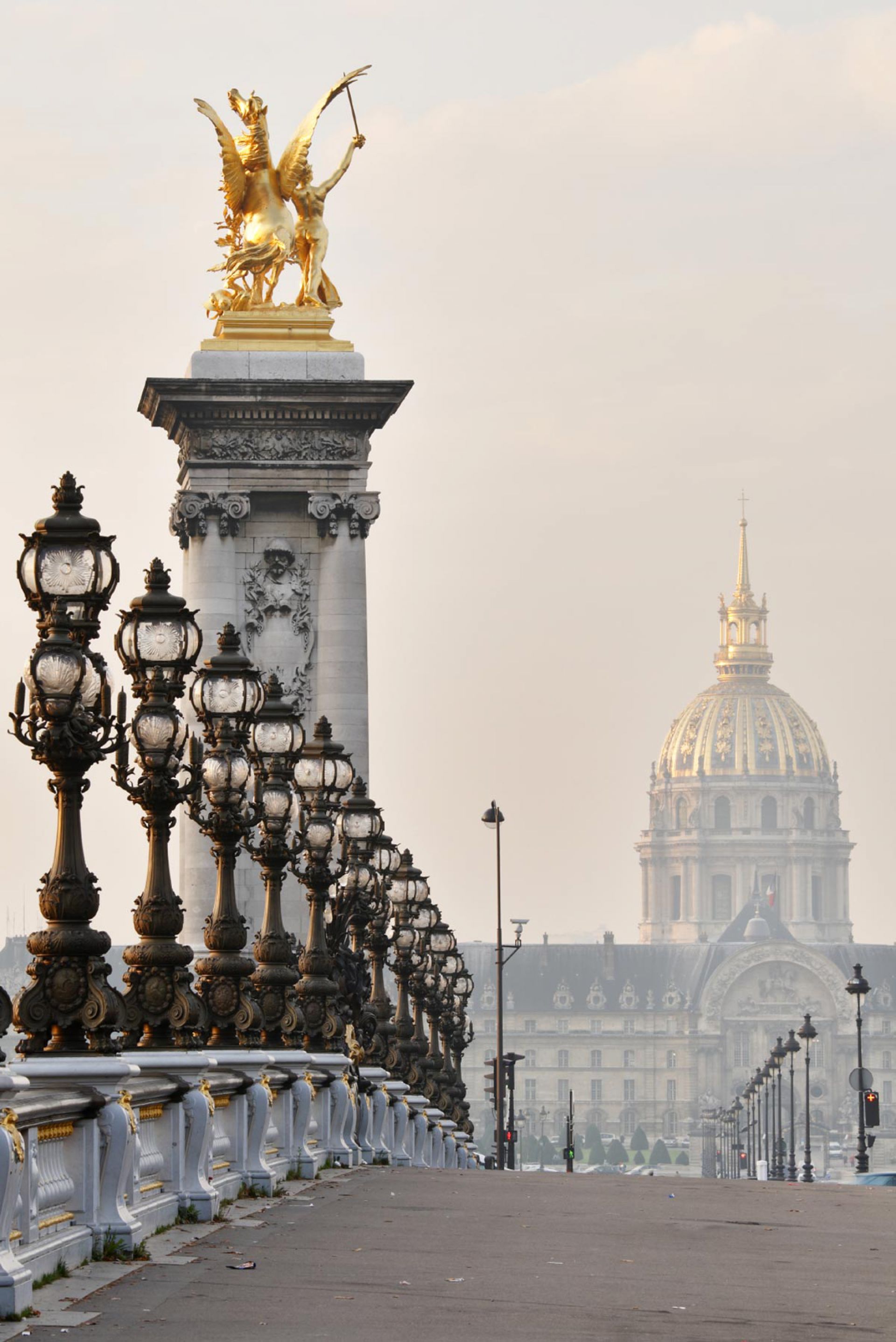 I am taking you to arrondissement number 3 just to discover the Hotel Marais Paris Boutik La Librairie. A suite with bare beams and shelves laden with books (a good 4,500): a transformation of the librarie du Marais, which was destined to close due to the lack of customers. A unique place.
Now we’ll play number 7, for the gluttonous. Let’s dive into Beaupassage to remember the all-Parisian dimension of the passages, the passageways that, since the 1800s, have riddled the city centre, inventing slightly secret areas. With the addition of four art installations, grouped together here, one beside the other, there is a baker’s belonging to Thierry Marx, the chef with 2 Michelin stars, 3-starred Jannick Alléno’s Allenothèque, the Daily Pic owned by Anne Sophie Pic, the only chef with 3 stars in France, and then Alexander Polmar’s butchery-restaurant, Pierre Hermé’s first café, the seafood street food by Olivier Bellin, Joël Robuchon’s two-starred “pupil”, and the world champion of milk art, Junichi Yamaguchi’s Japanese café. Not bad going, don’t you think? 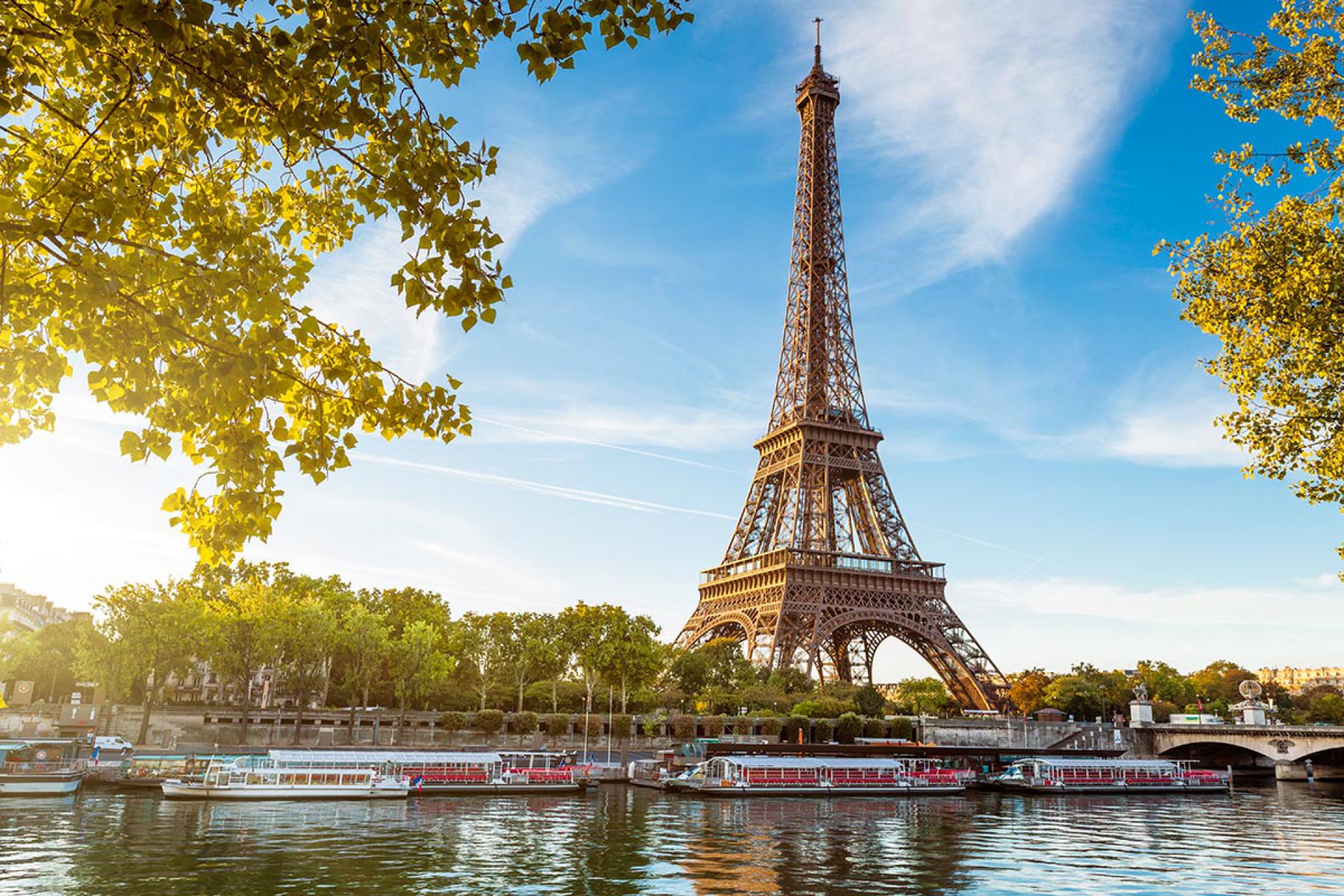 And now, let’s aim for number 10 and the Canal Saint-Martin area. Parisian canals, with their coming and going of barges, their iron bridges and locks, were one of Commissioner Maigret’s favourite settings. On passing, they remind you of the gastronomic cruise on the Seine with the new electric barge Ducasse-sur-Seine. The area has now been redeveloped by stylists and young creative artists who have opened their ateliers in the hangars and abandoned printing works. In 1934, in this quarter among the canals, Jean Vigo, the unfortunate director, made the film L’Atalante, one of cinema-goers’ and cinematography scholars’ most cherished love stories. 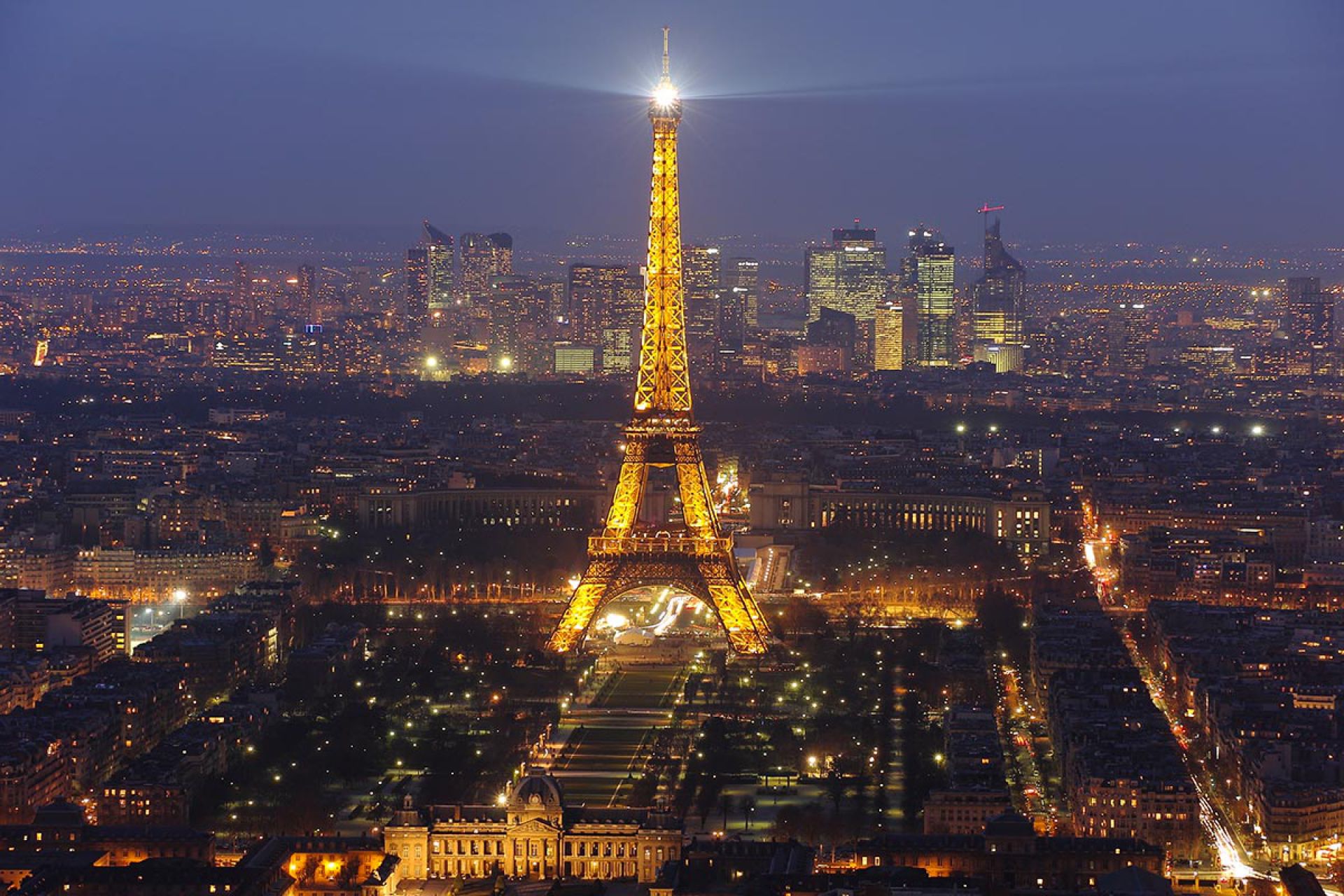 The last stop is number 11, the most highly populated area in Europe. Rue de Lappe, Rue Oberkampf, Avenue Palmentier, Rue de Charonne, Bolulevard Voltaire. Well-known addresses for night owls: these streets have the highest concentration of bars in the entire city. Here, life and noise go on until first light. This is where the neologism bistronomy was invented, indicating a democratisation of high cuisine by joining the bistrot culture with gastronomy. The most famous is Le Chateaubriand, with Basque-born Iñaki Aizpitarte at the stove. Again in number ten , are the Edith Piaf Museum and the Museum of Smoking. For detective book lovers, writer Georges Simenon, whose most famous character was the previously mentioned Commissioner Maigret, lived at number 132, Boulevard Richard Lenoir.
You cannot leave without going to the Saint-Ouen flea market, the largest in the world: seven hectares, sixteen markets and over two thousand sellers. For years it has been famous the world over for the quality of some works that an expert eye can find, almost as if it were an open museum. Many film directors have used this market in some of their scenes, like Woody Allen, who set some parts of his “Midnight in Paris” there.
Keeping up with the city that changes is not easy because, despite the economic crisis, lavish projects are constantly being carried out. Who knows what Paris will offer for the 2024 Olympics! And they’re just around the corner…