Nicola and Pierluigi Portinari together with the lady of the house Cinzia Boggian, have turned the “Peca di Lonigo” into an essential step in the gourmet’s quest for culinary pleasure and physical wellbeing making it a veritable mecca. A joyously industrious self-taught trio with unrivalled energy and enthusiasm

Simplicity and hard work are the secret

“No need to hurry, no need to sparkle. No need to be anybody but oneself”.
Virginia Woolf

Seen from outside, the classic architecture of a large country house atop a hillside, belies the experience awaiting the guest inside.
The Portinaris are well to do and refined but not for the sake of appearances. Ring the bell and the door will be flung wide open with a genuine welcome of the sort that makes it clear they are there just for you.
I have been returning as on a pilgrimage to this oasis of wellbeing for many years, safe from the clamor of the bipolar frenzy and pretentions of super chefs and each time I’ve been made to feel special, as if I were their only guest in this silent house with its view over the Berici hills. 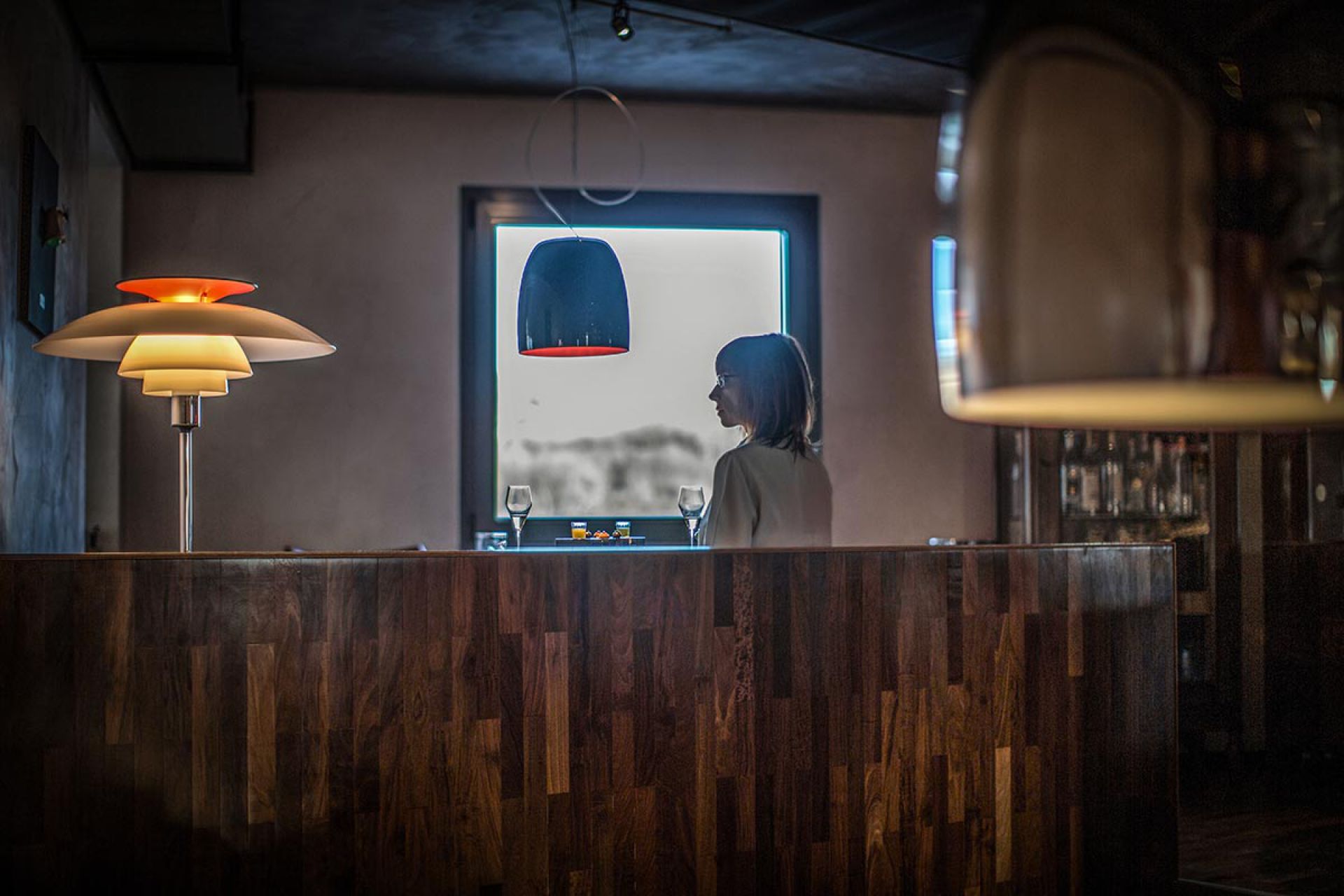 Keeping a low media profile in high style, the total sum of the small details, in the kitchen the dining room and in the furnishings make all the difference.
The strength of the place is in its authenticity, the fruit of hard daily labour and the sort of simplicity and humility typical of people who have achieved everything through their own efforts: lively eyes flash to attention; constantly flickering from the micromanagement of one important detail to the next.
Our hosts are two brothers Nicola and Pierluigi together with his wife Cinzia Boggian. Nicola’s domain is the kitchen while Pierluigi divides his attention between his pastry creations and the dining room. Cinzia attends to service and creates the highly original centerpieces. She is no doubt the fulcrum of the trio.
As an interior designer she was captivated by the intense atmosphere of the house, and was drawn into the collective family vision for “la Peca” convinced of its wisdom and inspired by its touch of madness. From the fable to the table they have undertaken this culinary adventure each making their own mark.. 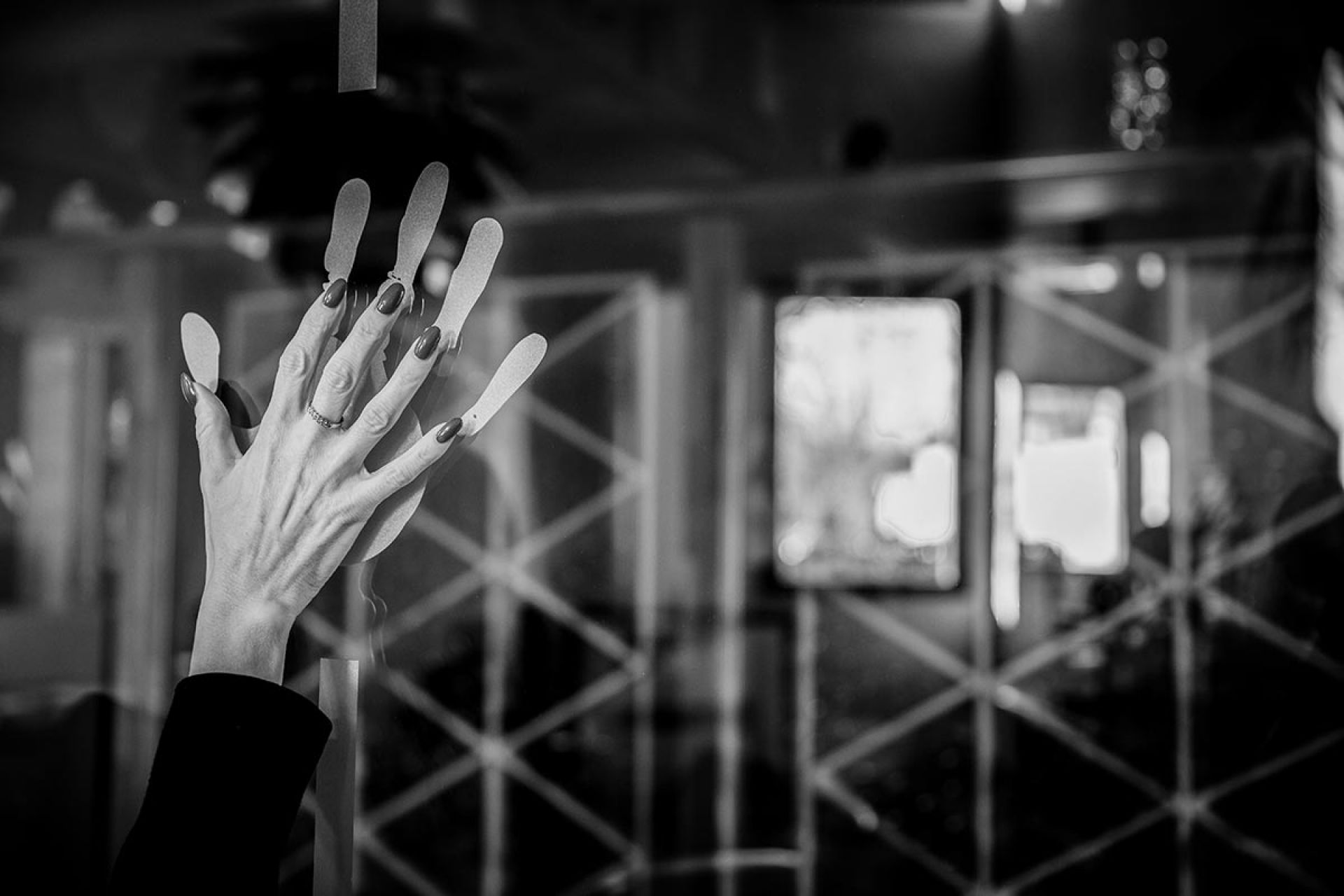 On entering, guests encounter a print depicting an open hand as the initial prophetic symbol of what is on offer inside.
But what is a “Peca”? In local dialect the term refers to a mark, an impression or footprint. The term derives from the locality itself. The hill on which the Maison stands is known as the Hamlet of the “Peche”
As to the family, the Portinari brothers as children would amuse themselves by leaving their fingermarks on the crystal tabletops, much to the annoyance of their mother. 30 years ago Nicola aged 23 and Pierluigi 26 made the move to set up the restaurant as a sideline to the family butchery and delicatessen. Three years later Cinzia joined them. Nicola’s curriculum includes an apprenticeship with his cousin Andrea Sarni, head chef and owner of the renowned Principe di Arzignano (unfortunately now closed) and internships at the Pinède di Saint-Tropez with Alain Ducasse and later with Arzak at San Sebastian.
A series of books and congresses then followed. Nicola honed his skills and deepened his understanding of the culinary arts following his instincts and impulses until he found his direction diverging from the chef’s usual career path, ironically choosing to learn the art of preparing fish, given that he might have donned the apron of a “norcino” or salami maker as his father Serafino had before him. 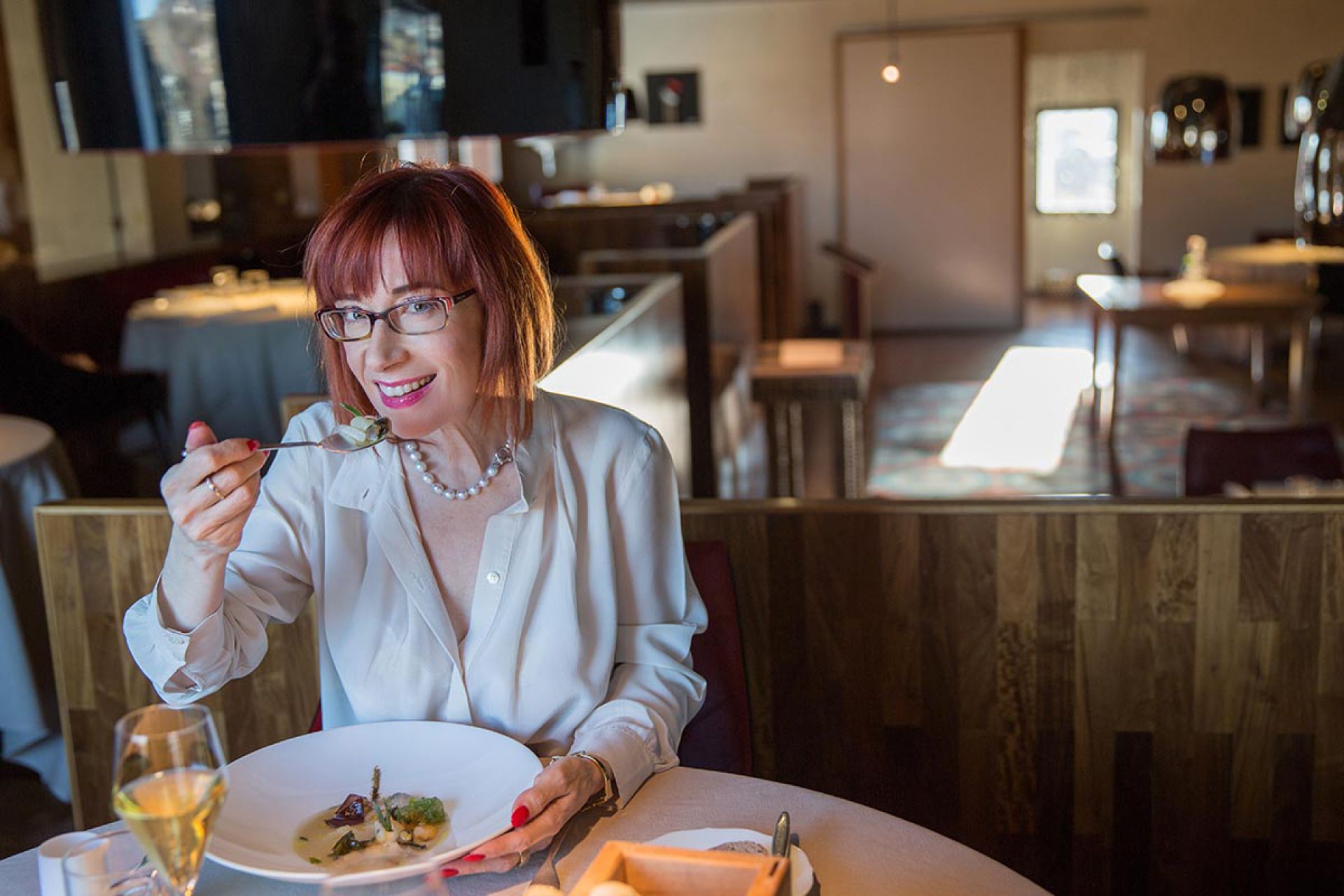 The first star was awarded in 1994 then lost and regained in 1998, the second was added in 2008 and has since been maintained, establishing the “la Peca” as a pillar of Venetan cuisine.
The atmosphere here is that of a well-orchestrated symphony with melodies both local and cosmopolitan, vibrating with memories of familiar tastes, a counterpoint between past and future on melodic scales that boldly assert themselves.
All this is achieved with an unforgettable lightness of touch. Everything contributes to the aesthetics of this composition in little works of art. 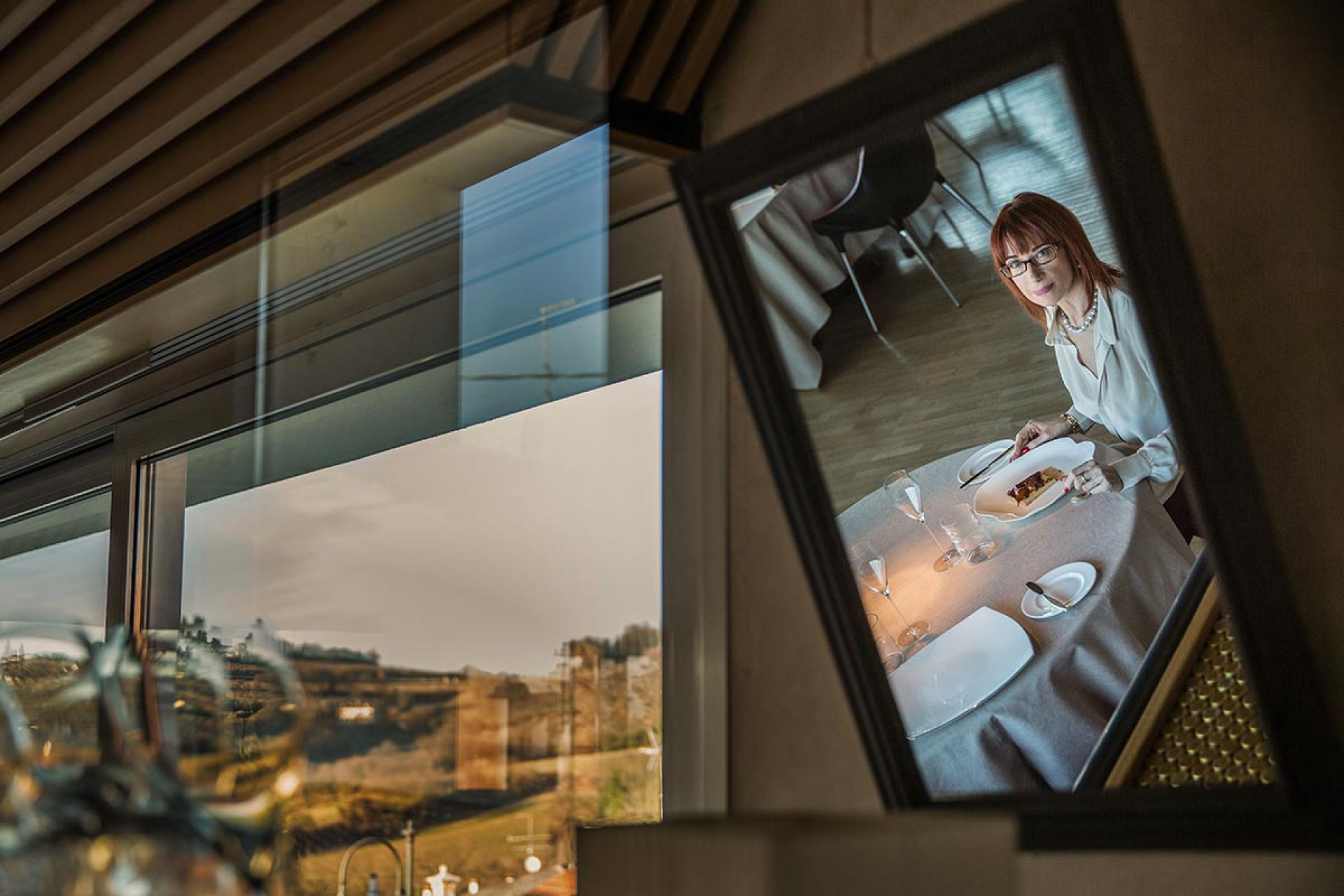 Nicola as a person and as a professional expresses an extraordinary humanity that penetrates your soul with his frank disarming smile and his reserved good manners.
His recipes win you over little by little to establish a deep intimate relationship with his cuisine through sheer visceral enjoyment. The land surrounding the hamlet has been turned over to gastronomy with a smallholding where workers cultivate vegetables and raise ducks. Further afield hunters and farmers provide for the table. 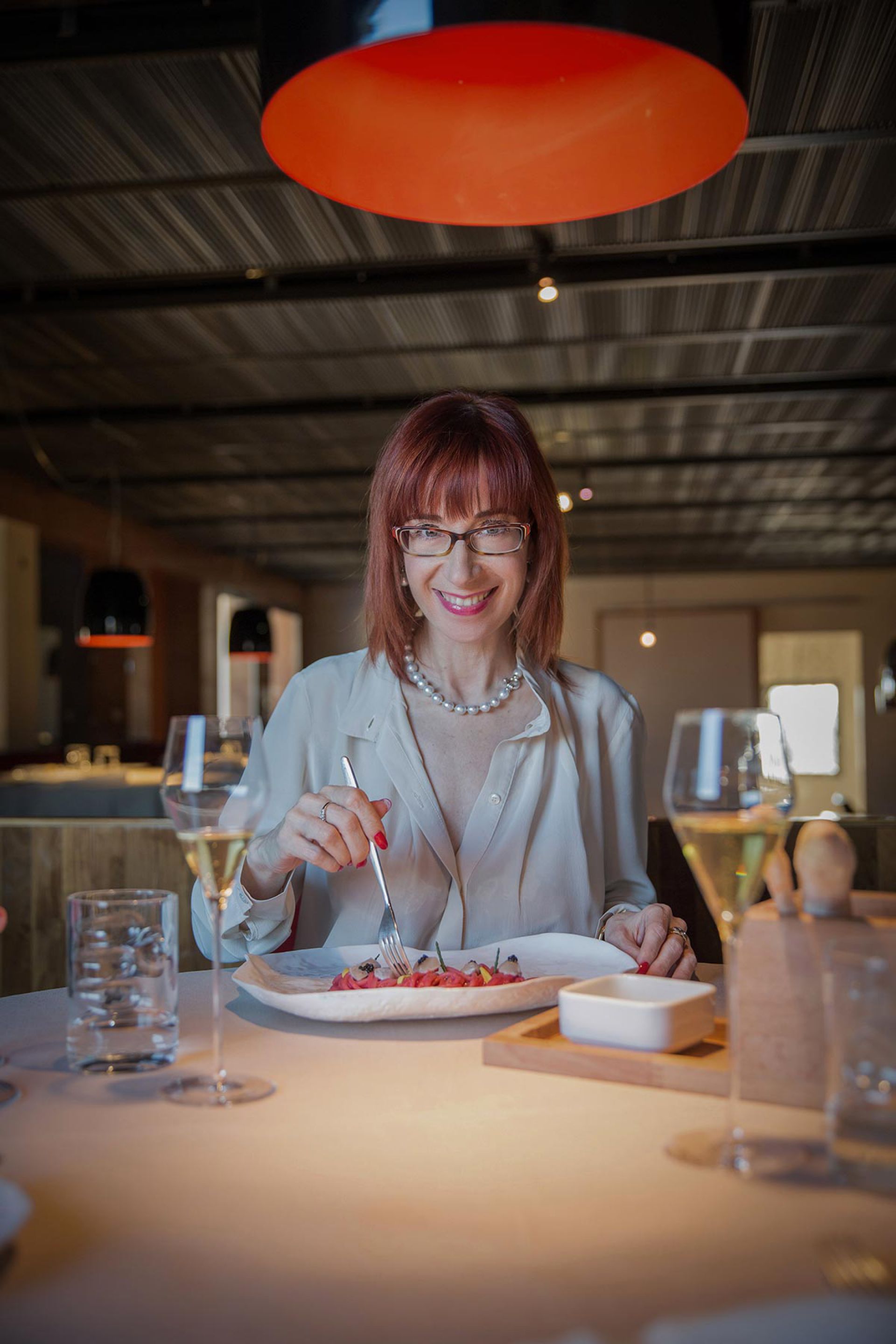 The imprint of “la Peca” reaches out into the countryside estranged from which one is left with a deep longing to return and choose from the selection of wines meticulously researched by Pierluigi, bottle by bottle.This is a really copious list with the consistency of a tome to be seen enthroned on its lectern with more than 2,000 labels including those ‘outsiders’, artisanal wines.
Sorry to say I will not speak of the dishes here, no reviews so the reader can fully enjoy the surprises that await. Just follow in my footsteps and discover them for yourselves.