Since 1880, Dolceria Bonajuto, the confectioner’s in Modica, has been producing chocolate using the ancient recipe of pre-Columbian civilizations. From the old fattojo del ciccolatte to the new Bean to Bar where customers can watch the work being done in the workshop At the service of chocolate for six generations

“Another temptation for the taste buds is Modica and Alicante chocolate: a chocolate that comes in two types, vanilla and cinnamon, to be eaten in pieces or melted in a cup. Its incomparable flavour gives the taster the impression of having reached the sublime, the absolute, and any other kind of chocolate – even the most renowned – is adulteration, corruption”.
The County of Modica, by Leonardo Sciascia

I can almost see him, Sciascia, who loved Modica so much for its Baroque, its Spanish soul and Bonajuto’s chocolate (he travelled with the chocolate in his bag to give away), biting into a piece of chocolate at the tables in Bonajuta’s Caffè Roma. It was the first time that he confided his thoughts to a friend, Gesualdo Bufalino: “I recognize this chocolate, I tasted it many years ago in Alicante.” 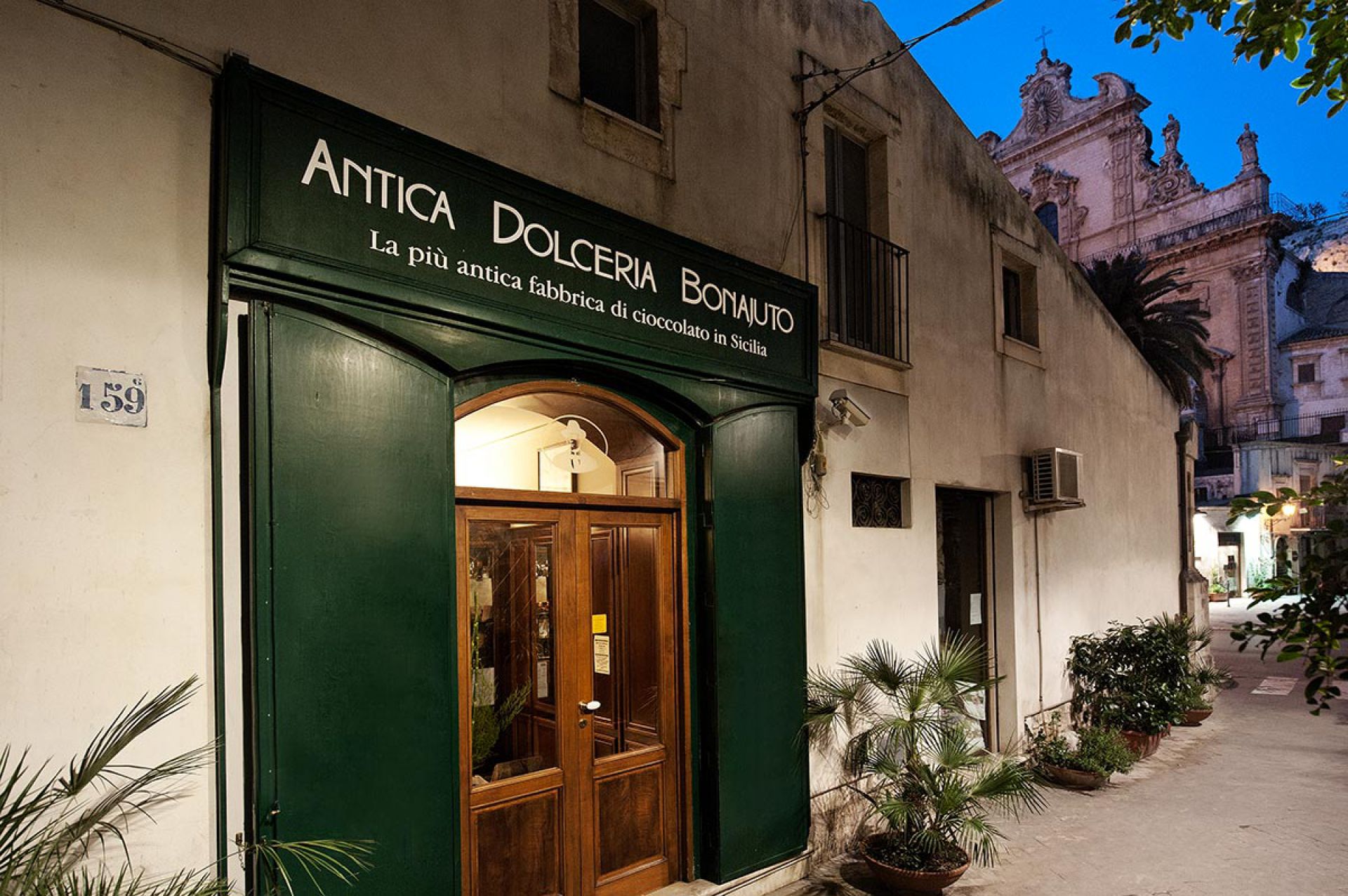 Merely entering the alley where the confectioner’s at the end almost acts as a passageway to the stairs leading to the old quarter climbing up the side of the hill, has a certain impact.
Then, crossing the threshold, you seem to have entered a fantasy land, with display cabinets full of chocolate and sweets that preserve the certified proof of lengthy experience. 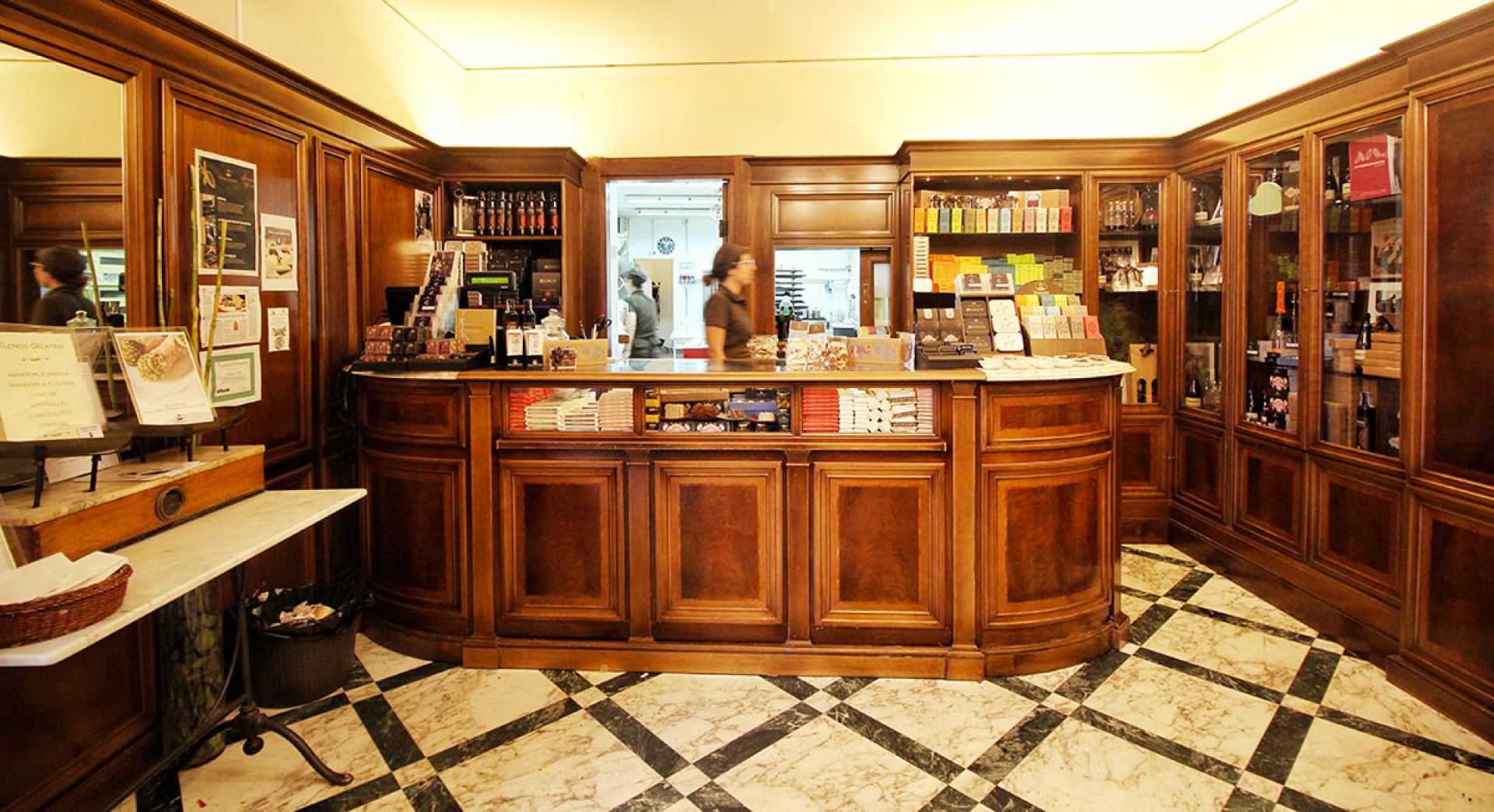 Alessandra Scucess welcomes us to explain the story behind Bonajuto, listed by Eurispes as one of Italy’s one hundred top producers. The owner, Pierpaolo Ruta, is busy elsewhere and Alessandra, with passion and pride, shows us the production and takes us into the workshop to watch the preparation.
Bonajuto chocolate is made at low temperature according to the ancient Aztec process (xocoàtl, a bitter drink made from the fruit of the cocoa tree and flavoured with spices), without using cocoa butter but with the addition of sugar. 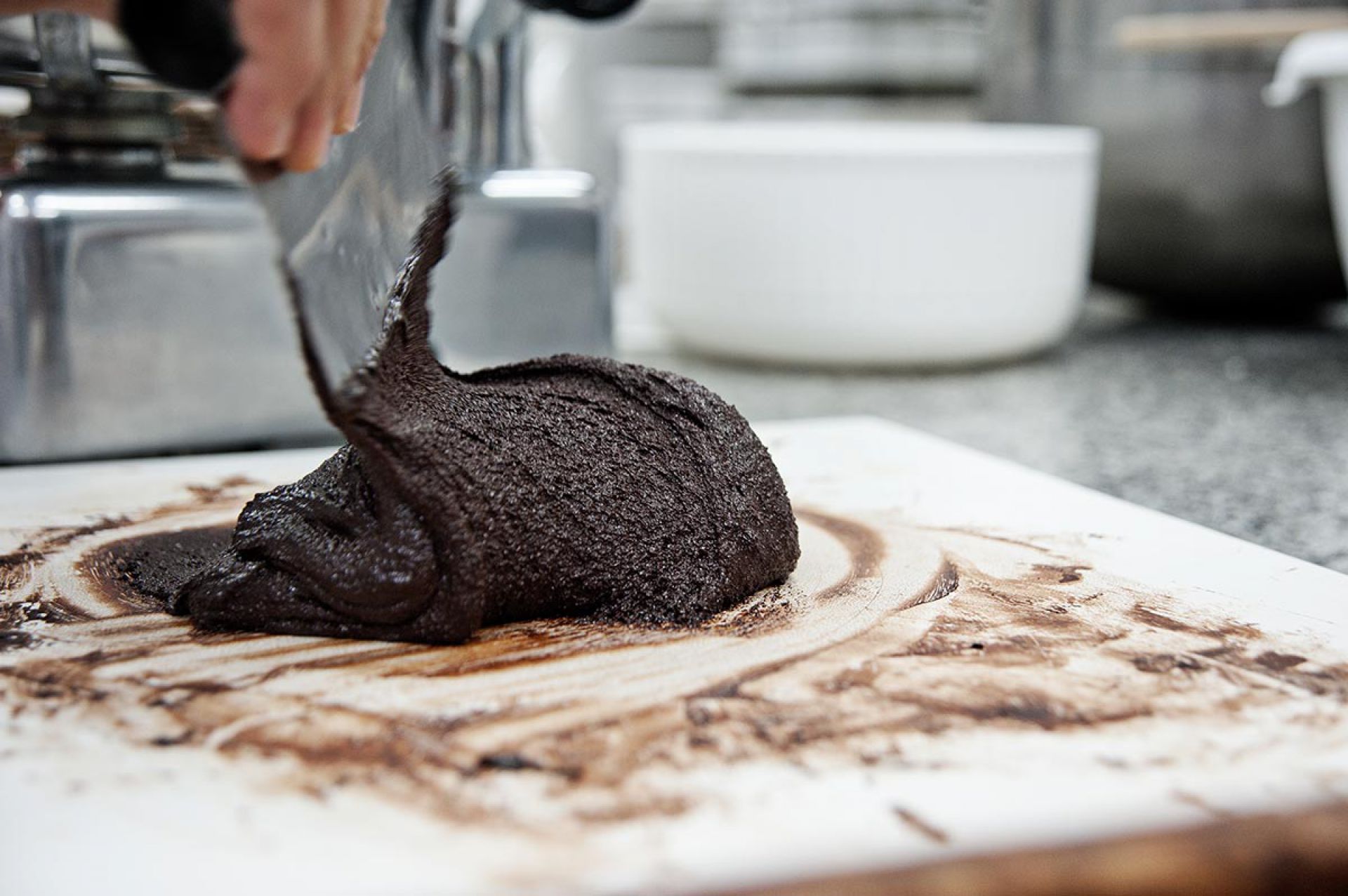 The processing temperature never exceeds 42°-45°, thus preventing the sugar crystals from melting and giving the chocolate that special rough and granular consistency in the mouth.
A chocolate with “incomparable flavour”, so good and particular that you could eat one bar after another...
Cold processing was the standard in Europe until the nineteenth-century Industrial Revolution changed the production cycle by inserting new procedures, such as conching and tempering. The taste changed and the consistency with it.
But in Modica, a County which had been closely linked to the Spanish Crown, traditional cold processing without conching managed to continue by keeping to the strong Spanish tradition and because industry was late in arriving. 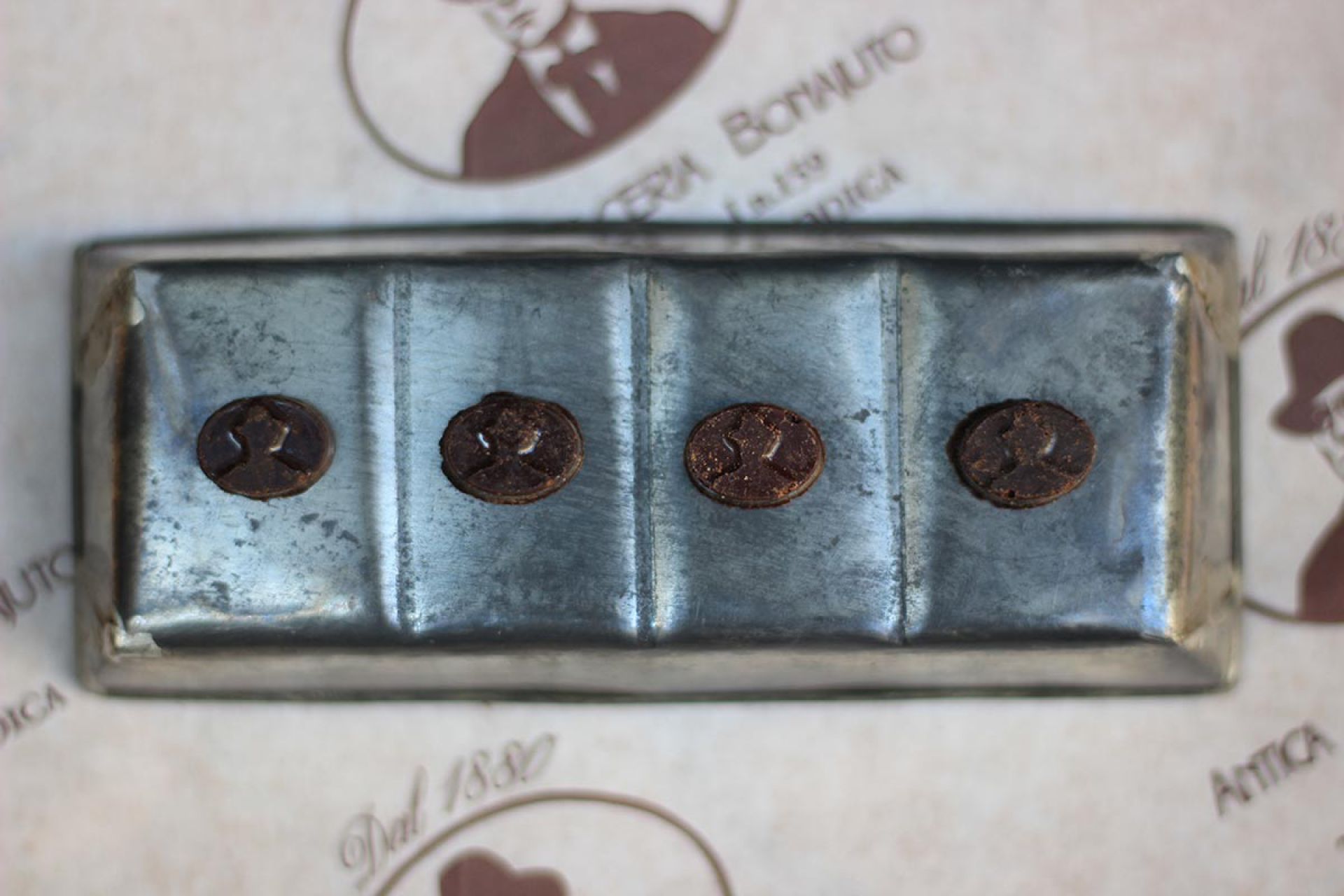 And this was when the Bonajuto family came into play. For six generations and over five hundred years, it has been producing chocolate by cold processing (a procedure that allows all the cocoa bean aromas to be released into the mouth), just as pre-Columbian civilizations did and which the Spanish conquistadores had introduced into Europe. 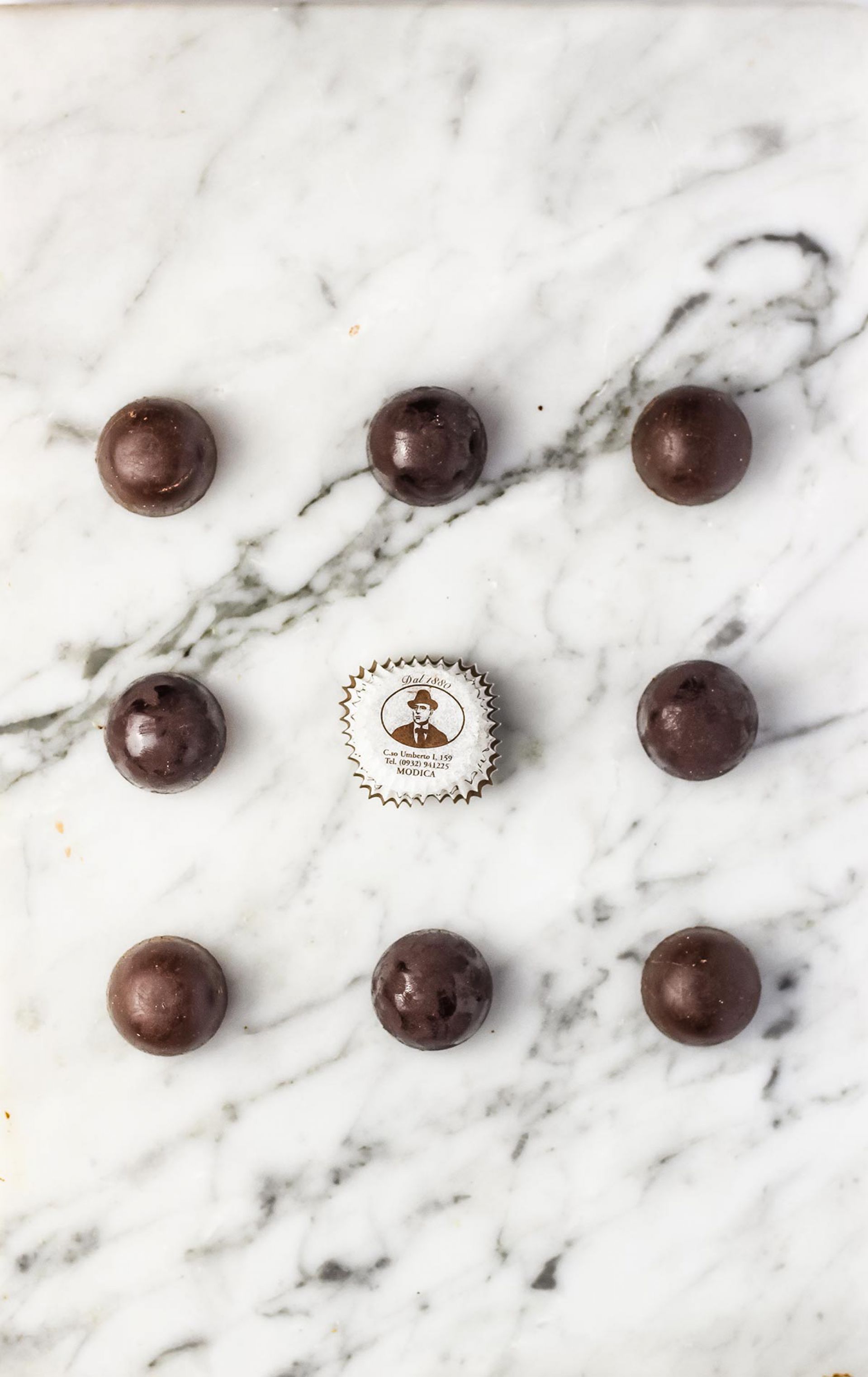 With the “fattojo del ciccolatte” in the 1800s, the Bonajuto family controlled the entire production chain: from the cocoa bean, to the bitter paste, to the end product. In 1911, they were awarded a gold medal at the international Expo in Rome.
In 1992, when Franco Ruta collected the inheritance and memory of the confectioner’s, he triggered the rediscovery of Modica’s dark gold. Before 1992, production had been kept alive by just three local artisans (the other two had done their training in the workshop with the Bonajuto family; now there are more than forty chocolate shops), more out of love than for real commercial reasons, but it had never been promoted enough. 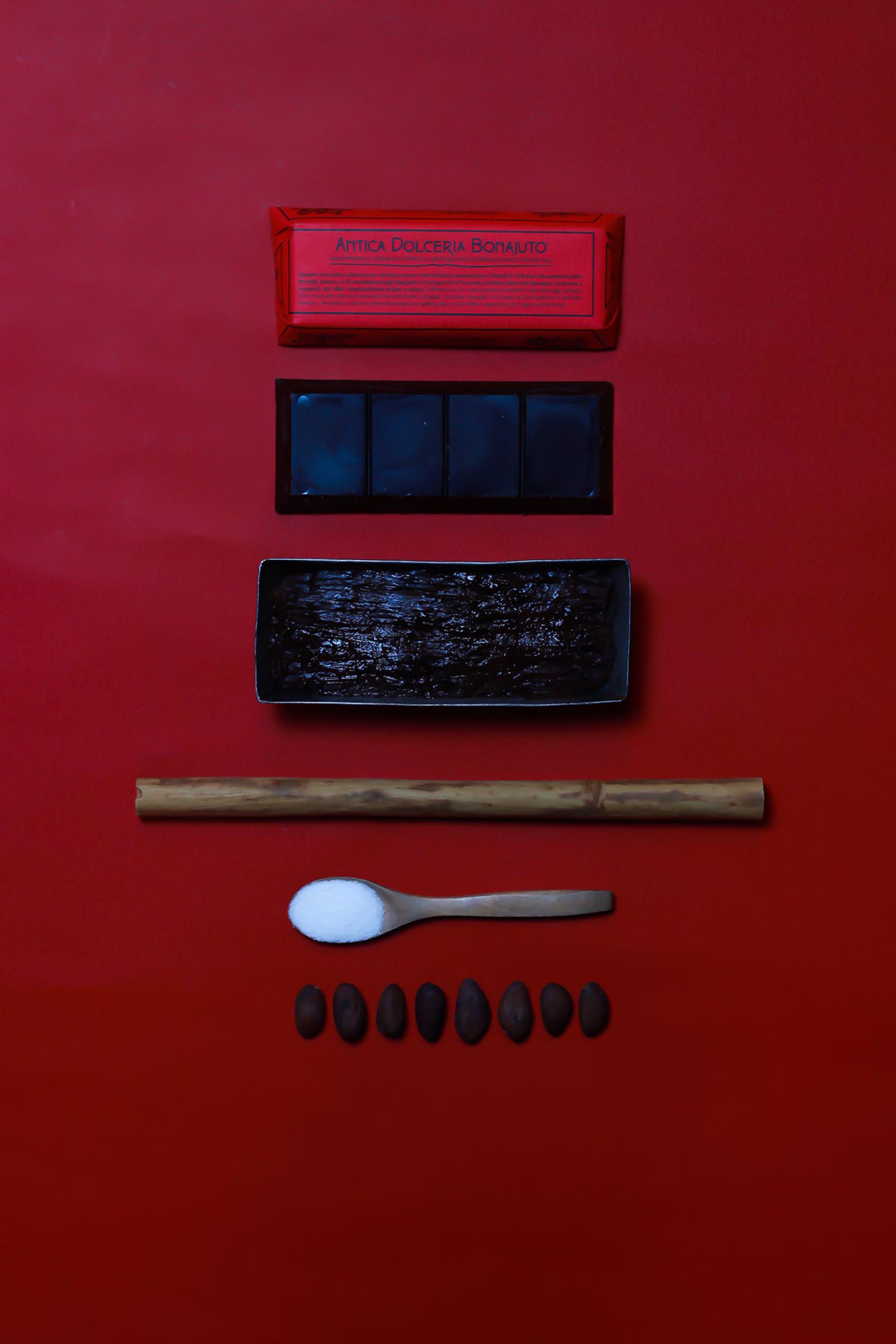 Franco Ruta threw himself one hundred per cent into his Modica chocolate mission (once only produced in the traditional cinnamon and vanilla versions), becoming an authentic world ambassador. He also contributed to cultural initiatives (from publishing books to sponsoring cinema festivals and documentaries) and events.
He focused on the raw material, which did not come from multi-nationals but was purchased directly from cocoa plantations.
Since his death in 2016, his son, Pierpaolo, has been carrying on the work.
In 2019, in an area next to the store, the public will be able to see how the chocolate production develops from “the cocoa bean to the bar” in the new Fattojo Bean to Bar Bonajuto (bean to bar is the production process that starts from the cocoa beans and not from the cocoa mass as usually happens in Bonajuto chocolate production, and goes on to the end product in bars).
Who knows how long the queues will be just to watch and taste!